Your experts in Short Stay Apartments
around the World 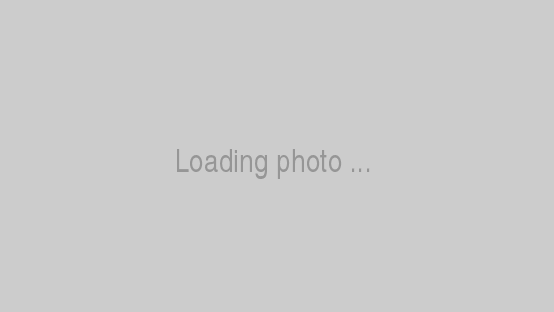 Budapest City Guide   Situated along both sides the Danube River, Budapest is a beautiful city that blends the charm of history with a vibrant modern energy, Budapest is one of Europe’s most enjoyable destinations to stay and e...

Situated along both sides the Danube River, Budapest is a beautiful city that blends the charm of history with a vibrant modern energy, Budapest is one of Europe’s most enjoyable destinations to stay and explore.

The capital city of Hungary’s charm comes in part from the blend of cultures and people that call the city home. The first known settlement of the region of Budapest was by Celtic tribes who farmed the area before Roman occupation in the first century AD. Through centuries of Roman, Magyar, Hungarian, Turkish and Austro-Hungarian rule, Budapest has grown and incorporated all of these influences into the city that exists today.

Guests to the city orient themselves by learning that in 1873 the cities of Buda and Pest, along with nearby Obuda, were combined to form the city of Budapest; the Danube separates hilly and residential Buda from the busier and most commercial Pest. Buda’s side offers guests the chance to explore the historic castle district, caves and Roman ruins, while Pest is home to the largest Parliament building in Europe, river side promenades, and a vibrant shopping district.

Budapest is home to many historic and cultural delights, and visitors have an abundance to choose from. The Royal Palace, on Castle Hill, is the most popular attraction on the Buda side of the river. First built in the 1300’s, it was remodeled under King Matthias during Buda’s Golden Age in the latter 15th century. While it never housed the Hapsburg Royal family, it still draws crowds. The National Gallery is now contained within its wings, and admission is free. Another six museums are housed on Castle Hill, along with the Fisherman’s Bastian gardens and viewing terraces, giving sightseers the best view of the city, countryside and Danube River.

On the Pest side of the Danube check out the views at Fishermans Bastion, catch a tour of the Parliament building. A neo-gothic gem for Budapest, it is open to visitors, but only on guided tours. Buying tickets in advance is recommended as they sell out quickly. Also of interest to visitors is St. Stephen’s Cathedral: the inside dome of the Cathedral is decorated with mosaics, and the viewing station over the dome outside offers a stunning view of the city. Don’t miss the Great Synagogue and Jewish Museum; the Great Synagogue is famous for its architecture and beautiful art.

For those who love museums and galleries, Budapest does not disappoint. The city boasts 223 galleries and museums, many of them free to the public. There are also 40 theaters, seven concert halls and an opera for patrons of the arts to enjoy.

Make the time to take a night cruise on the Danube River to see the skyline, and to witness the most magical view of the city lit up. There are viewing cruises and dinner cruises available, most lasting about an hour.

Not everything in Budapest is historic and views of beautiful buildings. The scenery is breathtaking on its own. Margaret (or Margit) Island, 250 acres in the middle of the Danube, can be accessed by bridges, and is well worth the visit. With walking trails, playgrounds, and paths for cyclists, a petting zoo, and a musical fountain, it is a great outing for the family. The woods of Normafa, located high in the Buda hills, are beloved by locals and visitors alike as an ideal place to picnic, mountain bike, hike, explore, and to climb the observation tower for a unique view of the region.

Hungary is reported to have more than 1,000 hot springs, and there are spas, Turkish baths, and natural springs available to enjoy for all budgets.

Eating, drinking and the night-life

The Great Market Hall features three levels, two highlighting food, and the third hand crafted items and souvenirs, and you can wander and explore for quite some time as you get a feel for the food and culture of the Hungarian people.

The food of Budapest has been called the melting pot of the continent, bringing in flavors from the many cultures that make up the city. Restaurants, cafes and pubs offer hearty fare at reasonable prices. Or indulge in fine dining at one of the city’s Michelin-starred establishments.

Budapest has an active and pulsating nightlife, offering a wide selection of live music venues, traditional clubs. Or visit a ‘ruin pub’, a doomed building converted to a pub, one that used to be an old cinema, industrial facility, parking lot or apartment building.

Whether your budget and tastes lean more towards a 5-star historic hotel, a quiet escape in the historic center, a cozy apartment rental or ‘cheap sleeps’, Budapest has lodging that will suit anyone. Why not let World Escape help you book your perfect base from which to explore all that Budapest has to offer?